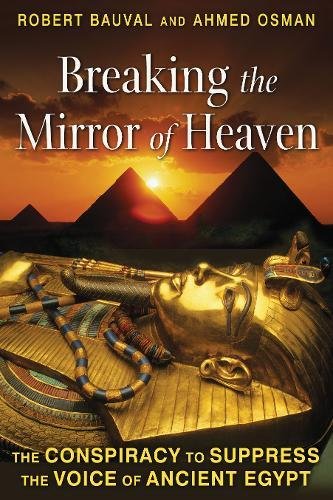 Exposes the many cycles of monument destruction and cultural suppression in Egypt from antiquity to the present day • Details the vandalism of Egyptian antiquities and suppression of ancient knowledge under foreign rulers who sought to cleanse Egypt of its “pagan” past • Reveals the real reason behind Napoleon’s invasion of Egypt: Freemasonry • Shows how the censorship of nonofficial Egyptology as well as new archaeological discoveries continued under Antiquities Minister Zahi Hawass Called the “Mirror of Heaven” by Hermes-Thoth and regarded as the birthplace of civilization, science, religion, and magic, Egypt has ignited the imagination of all who come in contact with it since ancient times--from Pythagoras and Plato to Alexander the Great and Napoleon to modern Egyptologists the world over. Yet, despite this preeminence in the collective mind, Egypt has suffered considerable destruction over the centuries. Even before the burning of the Great Library at Alexandria, the land of the pharaohs was pillaged by its own people. With the arrival of foreign rulers, both Arabic and European, the destruction and thievery continued along with suppression of ancient knowledge as some rulers sought to cleanse Egypt of its “pagan” past. Exploring the many cycles of destruction and suppression in Egypt as well as moments of salvation, such as the first registered excavations by Auguste Mariette, Robert Bauval and Ahmed Osman investigate the many conquerors of Egypt through the millennia as well as what has happened to famous artifacts such as the Rosetta Stone. They show how Napoleon, through his invasion, wanted to revive ancient Egyptian wisdom and art because of its many connections to Freemasonry. They reveal how the degradation of monuments, theft of relics, and censorship of ancient teachings continue to this day. Exposing recent cover-ups during the tenure of Antiquities Minister Zahi Hawass, they explain how new discoveries at Giza were closed to further research. Clearing cultural and historical distortions, the authors reveal the long-hidden and persecuted voice of ancient Egypt and call for the return of Egypt to its rightful place as “the Mother of Nations” and “the Mirror of Heaven.”
Show More

Breaking the Mirror of Heaven: The Conspiracy to Suppress the Voice of Ancient Egypt

Disclaimer: The price shown above includes all applicable taxes and fees. The information provided above is for reference purposes only. Products may go out of stock and delivery estimates may change at any time. desertcart does not validate any claims made in the product descriptions above. For additional information, please contact the manufacturer or desertcart customer service. While desertcart makes reasonable efforts to only show products available in your country, some items may be cancelled if they are prohibited for import in Thailand. For more details, please visit our Support Page.