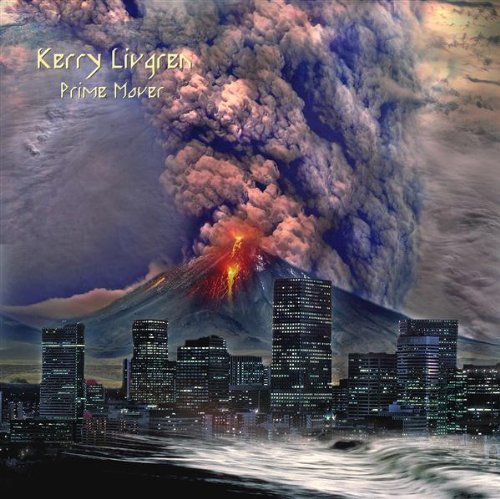 Brand : Kerry Livgren
from USA
to Thailand
in 5-8 days
At your doorstep by Jun 29  to Jul 02 with standard delivery

This album has accumulated quite a history (which is entirely my fault) The original Prime Mover album was released in 1988 on Sparrow Records. It was re-done in 1998 as Prime Mover II, and now we have the (final) version: Prime Mover (Redux), completed in 2008. The original notes for Prime mover II explain why the album was re-recorded in the first place: Though any artist probably has some regrets about a portion of their recorded work, this one was the focus of most of mine. Unfortunately, it was done in a hurry, on a very low budget, and under a cloud of disappointment about the demise of AD. The thought occurred to me - they re-make movies, why not albums? Were it not for the fact that I believed the album was redeemable, and that these songs deserved a better fate, I would have left it as is. I believe the results justify the amount of effort that has been put into this collection of songs - it no longer occupies the position of my least favorite post-Kansas work, and I now have no regrets, rather a sense of fulfillment. Thanks so much to Warren Ham - he still kills me. This time I think we got it right. What was done: All of the re-recording was done on two EMU Darwins, two ADAT XT's, and an Apple Macintosh G3 using Digital Performer software. The original Prime Mover was recorded on 24 track analog tape, and was transferred to digital. Unfortunately, one of the two-inch master tape reels had deteriorated so badly that it was unusable. Those songs were completely redone from scratch, which had not been my original intention. Generally speaking, there is little left of the original tracks, except for some of the lead vocals and certain of the guitar solos. All of them have, of course, been re-mixed and re-mastered. The most significant change in the songs themselves is that the drum machine was removed and replaced by drums that were played. Though they are (carefully crafted) sampled sounds, they were performed, not programmed. This has quite a dramatic effect in the feel of the material. (What were we thinking in 1988?) So why the third version of this music? Apparently we didn't get it right....so when is enough enough? The best explanation I can offer is that, with time, the technology has taken such a leap forward that it became obvious to me that I could greatly improve both the quality of the recording, and in many cases the performances. First, all of the PMII tracks were transferred into my 24-bit Workstation. Of course, once I got rolling, some of the songs were completely transformed by adding new tracks and replacing many of the originals. In a couple of cases, some of the guitar tracks I had done for PMII were missing, and one of Warren's harmonica tracks, so we had no choice but to play them again. Most of the drums were re-played and greatly improved with the wonderful BFD2 program. The sampled brass and woodwind sounds were, for the most part, replaced by real players and instruments, as was the bass guitar. There are quite a few additional background vocals. Wherever possible and appropriate, reality has replaced facsimile. I hope the listener can appreciate all the meticulous time that went into this project.....I think I am finished with it.
Show More
Reviews

Disclaimer: The price shown above includes all applicable taxes and fees. The information provided above is for reference purposes only. Products may go out of stock and delivery estimates may change at any time. Desertcart does not validate any claims made in the product descriptions above. For additional information, please contact the manufacturer or desertcart customer service. While desertcart makes reasonable efforts to only show products available in your country, some items may be cancelled if they are prohibited for import in Thailand. For more details, please visit our Support Page.